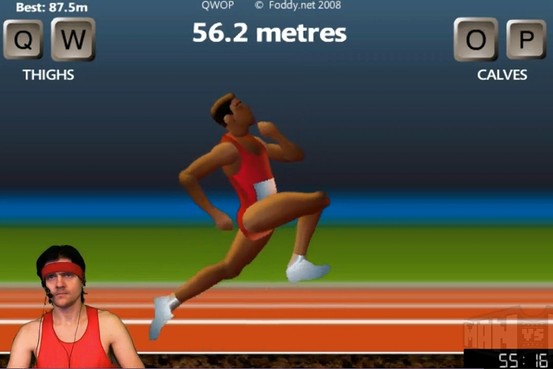 On any given day, Jayson Love fires up a personal computer from his Billings, Mont., home and starts his jobâ€”playing videogames in front of an audience of thousands.

The 33-year-old hosts a Web show called “MANvsGAME,” in which he broadcasts his live gameplay on the site Twitch. Between advertising and subscribers paying $5 per month to watch his video stream, he says it is possible he’ll earn more than $100,000 next year.

Mr. Love is part of a growing group of gamers whose antics are turning videogames into an online spectator sport. Most say they stream their gameplay to connect with other people, and those who earn money usually make just enough to feed their hobby.

Their efforts have helped Twitch become a social center of the videogame world. The two-year-old website sends streams from more than 600,000 broadcasters each month to some 45 million gamers.

The trend could soon kick into a higher gear.

Sony Corp. and Microsoft Corp. are integrating Twitch and other streaming technology in their new videogame consoles, which are expected to sell in big volumes during the holiday season. Up to now, streaming videogames has been difficult on anything but a PC.

Game streaming is “part of the evolution of gaming,” said Jack Tretton, head of Sony’s PlayStation efforts in America. “It’s an indication that gaming is becoming mainstream entertainment.”

Even before the new offerings, the number of people who subscribe to game-related channels on Google Inc. ‘s YouTube jumped ninefold in 2012, compared with a 1% rise in 2011. One of the most popular channels on the site, PewDiePie, is devoted to videogame content; it has more than 16.3 million subscribers.

The World Championship for Riot Games Inc.’s “League of Legends” was streamed live online in October to 32 million viewers through various streaming services, more than the series finales of television shows “Breaking Bad,” “24” and “The Sopranos” put together.